The Land’s End to John O’Groats Cycle Challenge is a cycle across the country using national network routes, covering a distance of 1189 miles (1913km) which he completed in an impressive 14 days.

For many years Paul has been an avid cycler, saying that cycling is his go to for head space health. – “I find time on the bike is good for me in so many ways, both physically and mentally but also being goal orientated I’m best with a long term personally goal in mind. This one has been on the cards for a while and has kept me on the straight(ish) and narrow(ish).”

To prepare for this challenge Paul spent weeks training and planning in order to have the highest chance of a successful finish. This cycle challenge was unsupported, meaning he carried all his belongings on the bike as opposed to having a support vehicle accompanying him on the ride. 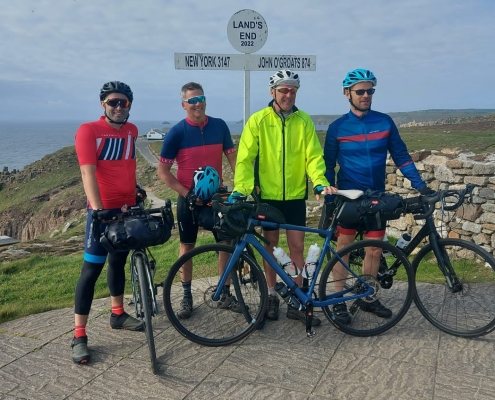 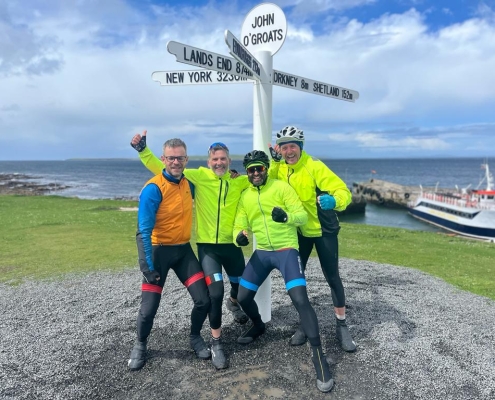 The motivator for this challenge was to raise money for two amazing charities which sit dear to Paul’s heart.

The first of which being Lighthouse Club, a charity which provides emotional, physical and financial wellbeing support to construction workers and their families. As a director for a Highways Maintenance company Paul understands the importance of this charity and has been in long-standing supporter through LMS Highways.

And the second, Rowcroft Hospice, a local charity which supports adults living with life-limiting illnesses in Torquay, South Devon.

After completing the challenge Paul had the following words, “Firstly, I’d like to say thanks to all the people in both my personal and professional life for giving me the time and opportunity to attempt this challenge and a massive thank you to all who have supported me by donating to the JustGiving page. Time to hit the drawing board and see which challenge I’d like to take on next!”

LMS Highways Director Signs up for the LEJOG Cycle Challenge